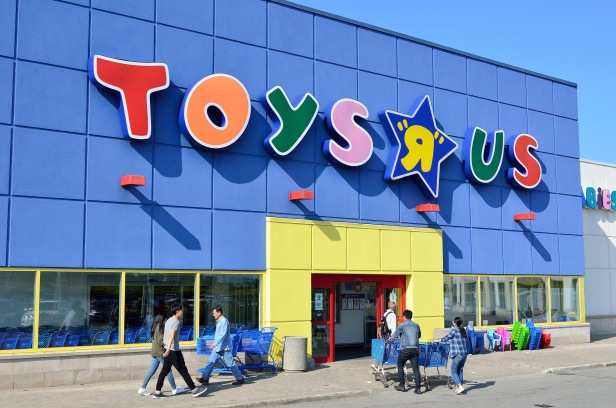 The abrupt decision by Toys R Us—the biggest toy retailer in N. America and Europe—to file for financial protection for its north American stores under America’s Chapter 11 provisions needs a second look. It sounds technical, but there’s more going on here than meets the eye.

Chapter 11 allows companies a breathing space in which they get some protection from creditors while they restructure their finances. It’s usually about sorting out debt.

For retailers, this is exactly the wrong time of year to have a credit crunch: most of your sales and almost all of your profits come in the last 60 days of the year, but that means that you have to push the boat out to pay for stock at the beginning of the final quarter. Most retail businesses know the day or the week of the year that their cashflow hits its worst point, because it’s a similar pattern every year. It wouldn’t surprise me if the company’s CFO has been forecasting this issue for most of the year.

Commentators were quick to point to the difficulties of competing with Amazon and Walmart—who increasingly start to look like mirrors of each other as Amazon moves into the world of physical stores and Walmart sharpens up its digital operations. Others saw it as further evidence for the continuing decline of the American mall.

But the CEO and Chairman, Dave Brandon, didn’t mention these in his statement. What he actually said was that “the vast majority” of the stores were trading profitably.

British journalists who asked were told that the company was proceeding with new store openings in the UK and refurbishment of some existing stores. Toys R Us’ international businesses are not part of the Chapter 11 move.

I was once a financial journalist, and when you see apparently contradictory statements in the same place, it is an invitation for more research. If most of the stores are trading profitably, where had the $5 billion of debt come from?

Ah: someone at Bloomberg had the same question.

The bankruptcy filing in Richmond, Virginia, estimated the company has more than $5 billion in debt, which it pays around $400 million a year to service. Much of that is the legacy of a $7.5 billion leveraged buyout in 2005 in which Bain Capital, KKR & Co. and Vornado Realty Trust loaded the company with debt to take it private. Since then, the Wayne, New Jersey-based chain has struggled to dig itself out.

So this is actually vampire capitalism at work. It doesn’t make anything itself, it simply attaches itself to productive businesses and sucks the profits and the value out of them.

Since this takes us into the slightly arcane world of investment finance and the murkier world of mergers and acquisitions, it is worth spending a paragraph or so on the world of the leveraged buyout. It is a classic example of the locust and the bee.

What happens in a leveraged buyout like this is that as soon as the deal is completed, the guys (yes, they mostly are) who have done the deal then finance it by borrowing the money from the company they have just bought.

You might want to read that again: the guys who have done the deal then finance it by borrowing the money from the company they have just bought.

It is pure financial engineering. What it means for the business that’s just been acquired is that as well as paying its staff, for its premises, for its overheads, and so on, it also has to find a whole lot more money to pay the interest costs on the debt the new owners have used to buy the business. In the case of Toys R Us this ran at $400 million dollars a year.

Often, the cost-cutting that has to be done to service such loans wrecks the financial and operational health of the business, as the Telegraph noted.

Its stores have been in desperate need of modernisation, the chain has been woefully unprepared for the rampant rise of online shopping, and it has failed to meet a growing demand for subscription services for baby items, which the supermarkets and other rivals now deliver.

The investment guys don’t mind so much; they still have control of the underlying assets—property, brands etc—whether the business sinks or swims.

It may sound complicated, but it happens all the time, though less so post crisis. The Glazer family used exactly the same method to gain control of Manchester United, which is why many United fans have no time for the Glazers, or for the former chairman, Martin Edwards, who agreed to the deal.

Of course, it’s also true that it’s tough competing with Amazon and Walmart, and that there are new retail models out there that more traditional retailers such as Toys R Us need to evolve towards. Yes, these things are true. It’s just that when most of your stores are trading profitably, those aren’t the elephant in the room.

In fact, when you read Brandon’s statement, he more or less points the finger at the way the debt is crippling the business. The company, it says, plans

to restructure its outstanding debt and establish a sustainable capital structure that will enable it to invest in long-term growth and fuel its aspirations to bring play to kids everywhere.

Unfortunately the big bet made on our business by the leeches who acquired our business in 2007 hasn’t worked out so well, and now we’re creaking under a mountain of debt that isn’t in our employees’ interests, our suppliers’ interests, or our customers’ interests. But it suited the financial guys just fine. The good news: some of those investors are going to have to take some losses, and about time too.

I don’t have any inside knowledge here, but analysts were surprised by the timing of the announcement. Reading between the lines, it’s possible to believe that in timing the announcement for when they did, the management of Toys R Us were playing a high stakes game of poker with the holders of the debt. If the restructuring goes wrong at this moment in the retail cycle, the losses they’ll take will be at their highest. Main Street sees Wall Street—and raises?

The image at the top of the post is via Wikimedia Commons. It was taken by Raysonho and is published here, with thanks, under a Creative Commons licence.

One thought on “Main Street versus Wall Street”