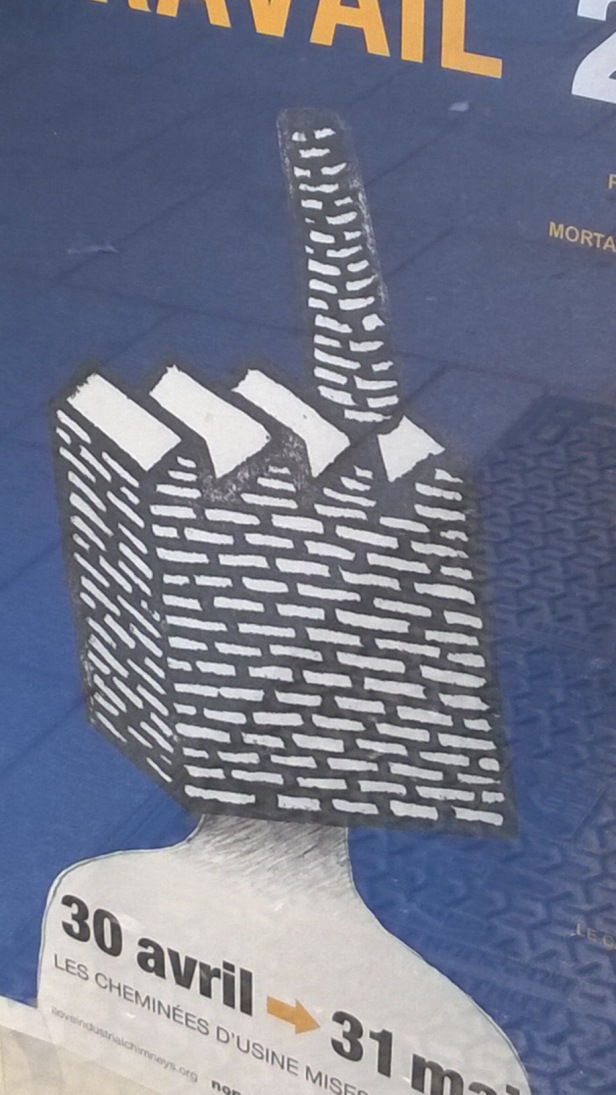 Most discussion of the future of work assumes that the work, or the lack of it, is our coming problem. But what if we’ve got the question the wrong way around? What if we’re slowly, or not so slowly, giving up on the idea of work? After all, we all know that most work is dull. And even the interesting stuff is exploitative, somewhere along the line.

The thought struck me while reading Dan Hancox’ book The Village Against The World, about the anarcho-syndicalist village of Marinaleda, in Andalusia. After 20 years of intense political struggle, the village won some land for itself, and later added some food processing plants. Unemployment there is five or six per cent, a fraction of the level in other parts of Andalusia. But the young people, generally, are less willing to work in either. Work in the fields is hard; work in the processing plants is boring. And this is, pretty much, a universal truth.

In The Village Against The World, a young woman called Christina who lives part-time in the village and part time in the larger town of Estapa explains it to Hancox this way:

A thousand euros a month is about £750 or $1,400; not a lot, in other words. Spain, of course, has an acute version of this problem. But even if it an outlier, it is not unusual. The labour contract with capitalism is breaking down.

There are short term and long term reasons for this. The short term reason is the insecurity of work: 52% of Europe’s 16-24 year olds who are in work are in temporary work.

We are also in the middle of a decisive value shift to “post-materialist” values, as Hardin Tibbs has argued in a paper on sustainability, drawing on the work of Inglehart. In the United States, and also probably in Europe, we are on the cusp of the moment where 50% of the population espouse such values. Tibbs notes:

“In postmodernity, as he [Inglehart] used the term, people valued autonomy and diversity over authority, hierarchy, and conformity”.

On the way back down

Third, the young people who are stepping away from capitalism are the children of the people who were sacked or squeezed by capital in the 1980s and the 1990s during its agressive restructuring, characterising by projects such as “Business Process Re-engineering.” Allen Toussaint wrote, and Little Feat sang, that, “The same people you misuse on your way up/ You might meet up on the way down.” It turns out you meet their children on the way back down.

Going deeper into this story, it took capital the best part of a century to break in the industrial labour force, fought every step of the way. By “break in,” I mean, to create the idea of the “prison of measured time” represented by labouring in the bureaucratic systems represented by factories and the offices.

In the end, despite everything (lock outs, casualisation, etc), they found that the only reliable way to get labour to work was to give them money, and some aspirationally better conditions, and – to take the fear away – a decent social insurance net.

The end of aspiration

Now, though, at least in the rich world, there’s little left to aspire to that’s life-changing, in the way that indoor toilets and washing machines were life-changing. The second, related, problem is that neoliberalism has killed off the other two. Wages are flat or falling across most of Europe and north America, and the austerity drive (a political project, everywhere) ensures that there’s no sense of social insurance. This has been replaced by stigmatisation of those claiming when they are not in work, and endless (and malicious) fiddling of the social insurance rules by the state, to the point that in the UK even Conservative MPs are concerned that the latest Welfare Bill will actually discourage low-paid workers from wanting to work.

There are a couple of ways of looking at this.

The first is, as Paul Mason argues in PostCapitalism, that we’re moving to a world where enough of what we consume is free that the basis of capitalism is being undermined. It seems to me that there is something in this. Of course there is a whole lot of material conditions of production in the world that the fifth wave of digital personal technology has created, but it’s also true that there’s a lot of hedonic benefit as well. You can have a satisfying time for less. I haven’t got the time or space here to go into the arguments that Mason uses to make his case – labour-theory of value meets Yochai Benkler’s The Wealth of Networks, approximately – but you’d certainly conclude that Mason had struck some kind of nerve from the vitriol poured onto the book in some quarters. (If he was just wrong, I’m sure the critics would have pointed this out.)

The return of pre-capitalism

The second is that the model of work we seem to be reverting to has a lot of the characteristics of pre-capitalist work, and for some of the same reasons. Chris Dillow touched on some of this on his blog recently.

So consider. Pre-capitalist work was similarly poorly paid and lacking in social insurance. Growth was largely non-existent, save for occasional bursts (a long exceptional period in the 13th century, for example). There were demands on your working time from your lords and landlords, although these were more contested than some accounts of feudalism suggest. The house was often also a place of work, or people travelled with their tools for work.

Although people nominally worked six days a week, work frequently stopped for Saints’ Days, of which there were many. E.P.Thompson, in his famous (if contested) essay [pdf], claims that apprentices would often fail to turn up for work after the Sabbath – a day known as “Saint Monday.” The rhythms of the work in the fields were governed by the needs of animals and crops, with seasonal bursts followed by periods of lower intensity. When people were better paid, they tended to work less. Although we don’t work much in the fields any more, there’s the same seasonality in much services work, especially in the tourism and hospitality sector.

Obviously the analogies are imprecise – in the pre-capitalist world people were far poorer than they are now, and far more at risk of personal disaster – but nonetheless the trends in the working world show some of these characteristics.

The model is broken

Reflecting on this, what’s striking to me is the extent to which the overall legitimacy of capital and capitalism was dependent on the credibility of its contract with labour. Once that got broken, all the rest was thrown into the air as well. And what this means is that restoring that legitimacy in the eyes of its workforces involves more than just paying decent wages again.

So it’s worth just rehearsing briefly the ways in which capital has sustained its profitability since the crisis of the ’70s and ’80s. It has done this in five ways:

All five are reaching their limits, or have already exceeded them, depending on your perspective. All of these five also create political and social conflict, effectively delegitimising capital in the process. In short: the model is broken.

In effect, not only has the labour contract with capital been broken, but the social contract as well. Business leaders know this, judging from the anxieties represented by the WEF’s annual “Global Risks” report – a howl of the “return of the repressed,” if ever there was one, but few are willing or able to do anything about it. Able is probably the right word here: the scale of the systemic change required is impossible from within the system.

So although the arguments about new social, political and economic practice may seem as if they are a product of the financial crisis, actually they run deeper than that. They are about a shift in values, a long secular shift away from the values that made capitalism’s long 20th century boom possible. Businesses delayed the impact of the shift on businesses by their profit-seeking strategies of the past 30 years. But in doing so they accelerated the shift in values.

*Actually, this could well be the main underlying source of profit since the Industrial Revolution.

The image at the top of this post is by Andrew Curry, and is published here under a Creative Commons licence.