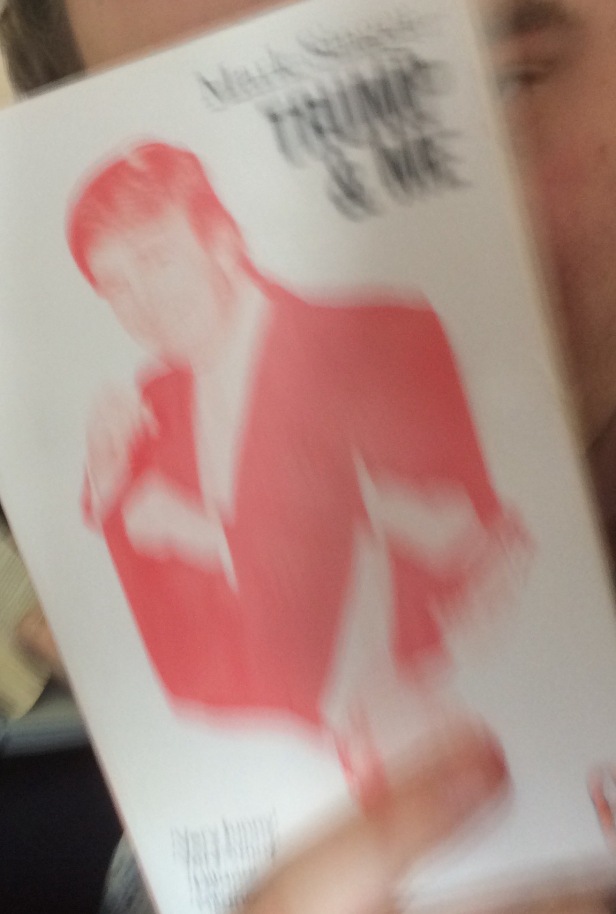 The New Yorker reporter Mark Singer probably qualifies for the adjective “veteran” by now, having joined the magazine in 1974. He wrote a fine book, Funny Money, on the collapse of Penn State Oil in the 1980s. One effect of this long-service is that he’s written several profiles of Donald Trump along the way, which he’s drawn on for Trump & Me, a short book/long read based on the time he’s spent with The Donald. Here’s some notes and extracts:

[T]here is no “new” Trump, just as there was never a “new” Nixon. Rather, all along, there have been several Trumps: the hyperbole addict who prevaricates for fun and profit; the knowledgeable builder whose associates awe at his attention to detail; the narcissist whose self-absorption doesn’t account for his dead-on ability to exploit other people’s weaknesses; the perpetual seventeen-year-old who lives in a zero-sum world of winners and “total losers,” loyal friends and “complete scumbags”; the insatiable publicity hound who courts the press on a daily basis and, when he doesn’t like what he reads, attacks the messengers as “human garbage”; the chairman and largest stockholder of a billion-dollar public corporation who seems unable to resist heralding overly optimistic earnings projections, which then fail to materialize, thereby eroding the value of his investment.

both slippery and naive, artfully calculating and recklessly heedless of consequences.

The most revealing story, in a book that’s full of well-observed detail about Trump’s modus operandi in his business dealings, comes early on. Trump writes dismissively to the New York Review of Books in response to a review of a book of Singer’s reportage that included an early profile, and this briefly sends the book shooting up the Amazon best-seller lists. Singer decided he should say thank you, and sends Trump a letter and a small value check. Trump scrawls all over the letter and sends it back. But he cashes the check.

Like others reporters, Singer thinks–writing before the election–that Trump wanted to win the election (he hates losing) but doesn’t really want to be President. And that he enjoys the adulation of the crowds shouting his name. And, like other reporters, he wonders how long it will be before he falls out with the people who elected him.

I wonder how long it will take Trump’s bedrock partisans to grasp that they’ve been played. Trump was barely out of his Wharton School short pants when the Republican Party devised its Southern strategy–exploiting racial and culture war grievances to persuade disaffected white men to vote contrary to their economic self-interests. He didn’t invent the bait-and-switch; he is just its latest, and most enthusiastic practitioner.